With All the Money in the World, Ridley Scott has managed to make a film that can stand shoulder-to-shoulder with his older classics and overcome some flaws that have plagued some recent ones.

The film tells the real story of the kidnapping of J Paul Getty III, grandson of then-richest person in the world, J Paul Getty, played by Christopher Plummer, against the backdrop of the 1970’s. Michelle Williams stars as his mother, Abigail Harris and Mark Wahlberg as ex-CIA agent Fletcher Chase.

As I stated before, Scott has never felt this good in a long time. In recent years, he has been very hit-or-miss. His best efforts, like The Martian, didn’t feel very in line with the director’s trademark visuals and were mainly aided by incredible scripts. Both Prometheus and Alien Covenant, while not bad, never recaptured the charm that Ridley Scott as director once brought to all of his films. But with All the Money in the World, which very much is a Scott picture in many ways, he proves that he’s still got it – with the right story, of course.

An incredible script by David Scarpa is in display here, too, but it is Ridley who makes this movie feel truly epic, packed with incredible visuals and intense sequences that keep you on the edge of your seat and groundbreaking performances.

Without a doubt, the biggest question in my mind, and probably everyone else’s, for that matter, was how they are going to handle the reshoots with Christopher Plummer.

For those of you unaware, All the Money in the World was originally shot with Kevin Spacey playing J Paul Getty with heavy prosthetics, and even a trailer was released featuring him. To the shock of many, Spacey was accused of sexual harassment on November, spelling trouble for the production. Ridley Scott took the risky decision to reshoot all of the scenes in the film featuring him and replace him with acclaimed actor Christopher Plummer in just a matter of days. 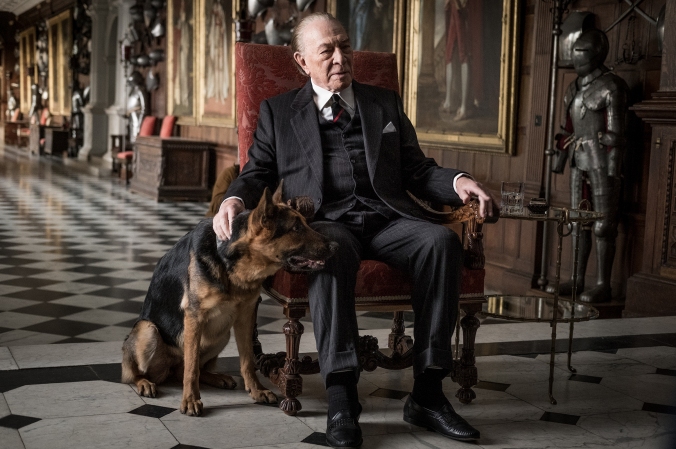 The final product is unbelievable – the reshoots aren’t noticeable at all, and, best of all, I can’t imagine anyone else playing Getty than Plummer. He owns the role, giving the character a lot of depth and charisma. This is his best role since Beginners, which earned him an Oscar for Best Supporting Actor in 2011. I wouldn’t be surprised if he ends up with the same award this year. It truly is a remarkable performance.

Not falling behind is Michelle Williams, who, as always, portrays Abigail with a lot of class, and I hope she gets the recognition she deserves.

Also worth mentioning, Mark Wahlberg, while not Oscar-worthy, proves to be perfect for the role, proving he is capable of doing great performances. If only he stopped hanging out with Michael Bay…but that’s another conversation.

Overall, All The Money in the World is a beautifully directed film, finding Ridley Scott at the top of his game, and providing Christopher Plummer and Michelle Williams with performances worthy of Oscar gold.